Jojo started diving in 1996 during a diving course organized in Antibes by his high school the LHCE. In 1997 he became member of the diving club Plongeurs Differdange (PLD). During his time in high school, Jojo was a casual diver and exercises his favorite sport and hobby during various diving holidays and events organised by the club and the federation.

In 2002, having been drafted onto the board of the PLD, he got more engaged in the club by helping organise and participate in several activities, and so increased the rate of his diving practice. After working through the different certification levels in recreational diving, he became CMAS Instructor */M1 in 2007 and CMAS Instructor **/M2 in 2014 with the Luxembourg Federation  F.L.A.S.S.A.. 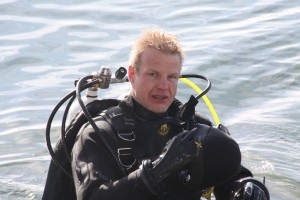 Over the years, he has mentored many divers in Luxembourg and abroad during courses in various diving centers, particularly in the South of France and Austria, and was able to bring back this experience to his club members. 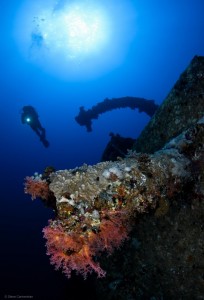 Having made several dives with Steve, his longtime friend, usual dive buddy and enthusiastic underwater photographer, Jojo began to get bored while waiting for his partner at the various shots during their dives. So, with the release of affordable action cameras, Jojo started to shoot amateur videos during their dives, and finalised them in post-production on their return to land. 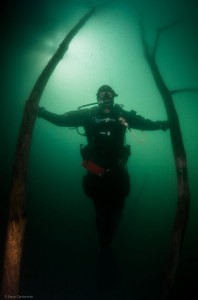 At one point, for fun and entertainment, Steve also started model photography by taking several series of shots of Jojo underwater. A few hundred shots later, his collaboration with Steve officially began when attending the First International Challenge of Underwater Photography of Monaco in 2013. So Jojo is currently an assistant photographer and participates in various international competitions with his partner.